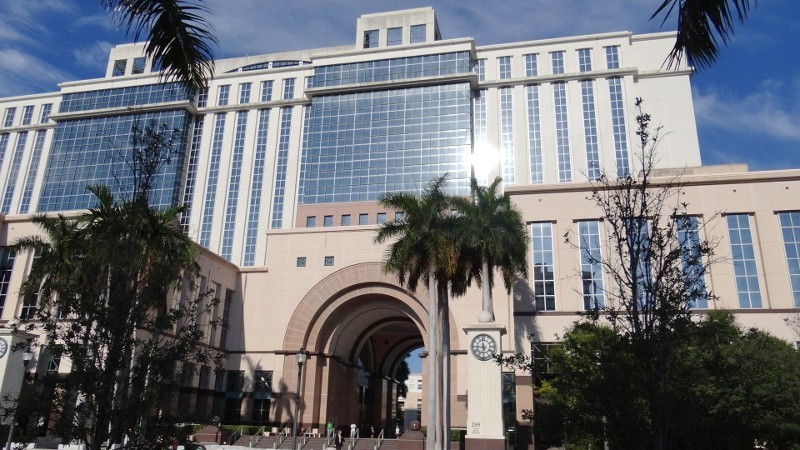 In the State of Florida, co-defendants can be arrested, charged and convicted for the actions of their cohorts; even if one co-defendant knew of the elements of the criminal enterprise, but did not actually commit the crime itself. But isn’t it a defense in Florida to argue that the co-defendant who did not “know” of the plan to further the criminal episode is in fact protected by Florida’s “independent act doctrine.” The answer is yes, and more importantly was just written about extensively in an opinion from the 4th District Courts of Appeals that overturned Palm Beach Circuit Judge Stephen A. Rapp’s decision that condemn a woman for life. At the onset, there is nothing nice or good to say about Judge Rapp and in fact he has caused the tax payers of Palm Beach County, lots of tax dollars losses because of his infamous track record of being overturned by the appellate courts and making tax payers redo criminal trials on a regular basis. In Adriana Rodriguez v. State of Florida, the same held true. The facts of the Rodriguez case are troubling in deed.

The victim, Maciel Videla, was allegedly murdered as part of a plot by several drug dealers to make him “permanently deaf and blind” for becoming a snitch. Videla’s body was found in a canal on December 12, 2008 off of State Road 441, with his throat slashed and with multiple stab wounds to his body.

Allegedly, a co-defendant by the nickname of Yogi, who was the boyfriend of Rodriguez, was behind the actually killing of Videla. On the night of the murder, Rodriguez was used by Yogi and others to persuade the victim to come to a bar to meet her. Once at the bar, Rodriguez would telephone Yogi to let him know the snitch was present. Yogi and three others drove to the bar in two separate cars, after Rodriguez alerted them that the snitch Maciel Videla was at the bar. The first car pulled into the parking lot, while the second car stayed out of sight. The second car was were Yogi was sitting.

The only part of the “plan” known to the Defendant, Rodriguez, was that she was going to escort the victim out of the bar to the parking lot to meet Yogi. The victim knew both men in the car and voluntarily got into the back seat of one of the vehicles. Alfredo Gomez, a passenger, climbed into the back seat with the snitch and draped an arm across his shoulder, as they drove out of the parking lot. The cars drove west to Highway 441 and stopped at the edge of a canal in a remote location. There, Gomez took the victim out of the car, pinned his arms behind his back, and held him down on his knees. Yogi emerged from the second car, slit the victim’s throat and then stabbed him multiple times in the back.

At trial, Rodriguez relied on the defense of the “independent act doctrine.”    The ‘independent act’ doctrine arises when one co-defendant, who previously participated in a common plan, does not participate in acts committed by his co-defendant, ‘which fall outside of, and are foreign to, the common design of the original collaboration. See, Ray v. State, 755 So. 2d 604, 609 (Fla. 2000) (quoting Dell v. State, 661 So. 2d 1305, 1306 (Fla. 3d DCA 1995). Here, Rodriguez was arguing that she was unaware that “any” murder was going to take place and that the plan only called for teaching the snitch a lesson, by making him deaf and blind. Rodriguez in fact put on testimony and facts to corroborate her defense, by not only playing her confession but through witness testimony that shown she was not present during the murder and was wondering at the time of the murder what was taking so long, as the length of time was outside the “plan” of beating the victim.

In Florida, and as Rodriguez rightful argues, where there is evidence from which a jury could determine that the acts of the co-defendant resulting in murder are independent from the underlying felony that he or she knew or planned, a defendant is entitled to an independent act instruction. See, McGee v. State, 792 So. 2d 624, 626 (Fla. 4th DCA 2001). Remember, Rodriguez was only aware of the “battery” or beating that the snitch was going to receive from her boyfriend Yogi. Rodriguez was never made part of any murder of the snitch and never knew those facts were part of the plan. Under Florida law, the act is said to be ‘independent’ not only because it is committed by another person, here Yogi, but also because it is independent of the common scheme or design to commit a felony, here Rodriguez only knew of a “battery” and not a plan of murder.

Only what Rodriguez knew is the question for the Judge and Jury to consider; in the Independent Act Theory. The final result of the criminal act or actions of others is not the concern of the Judge or Jury! One may not like the law, but we are either a country of laws or a country of men. Moreover, the independent act theory of defense has been viable in Florida on all murder charges and has been articulated in Williams v. State, 34 So. 3d 768, 771–72 (Fla. 2d DCA 2010). There, the Appellate Court laid out the independent act instruction and how it relates to the felony murder doctrine, like in this case.

When trial judges, like here, make mistakes regarding jury instructions they in fact commit reversible error. When reversible error occurs, the defendant like Rodriguez, is entitled to a new trial because she was not offered a “fair trial” under the law. If you or a loved one is facing criminal charges in West Palm Beach, FL then contact criminal defense lawyer Andrew D. Stine at 561.880.4300. Palm Beach Criminal Lawyer Andrew D. Stine has been defending those accused of crimes for well over a decade. Do like thousands have done before you and Hire Stine or Do the Time!