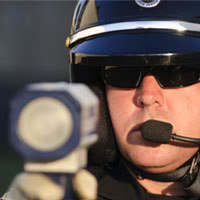 The real motive for officers pulling over motorists throughout Palm Beach County, Fla. for not wearing their seat belts has nothing to do with the officers looking out for motorist safety. But the stop by the officers has everything to do with what other crimes they can manufacture after the stop has taken place, says criminal lawyer Andrew Stine.

Recently, the American Civil Liberties Union issued a report that calls on the Florida Attorney General’s Office and the Palm Beach County Commissioners to take action because of the alarming rate at which black residents of Palm Beach County, Fla. are stopped by law enforcement officers for not wearing seat belts. The published report shows that black motorists are stopped 3 times more often by Palm Beach County sheriffs on the county roadways than are white motorists. Now some might dismiss this information and say well if the black motorists were wearing their seat belts, then they would have nothing to worry about. But there is a bigger problem lurking here!

As a practicing criminal defense lawyer in Palm Beach County, Fla., I will tell you from experience that law enforcement officers pull over drivers not for the safety of the motorists who are not wearing their seat belts, but to investigate why certain people are driving in certain locations at certain times of day or night. Then after the stop, the sheriff deputies will be quick to say that they smell burning marijuana or that the driver is showing signs of intoxication so that the driver has to exit their vehicle and then the officer will likely search the car. The whole premise for stopping the automobile was to search the automobile in the first place and not for the safety measure built into wearing or not wearing your seat belt.

Black motorists are cited for seat belt violations 3 times more often than white motorists in Palm Beach County and if you look at the numbers of those stopped, it shows that those blacks stopped for not wearing their seat belts are young black males in the majority of the stops. This brings up an important issue. If you are stopped for a seat belt violation in Palm Beach County, what are your legal rights?

In Florida, police officers have probable cause to stop a motorist’s vehicle based on their not wearing a seat belt, and thus the officer’s stop does not violate the Fourth Amendment. As we can see from the data Florida’s seat belt law is no more than an open door policy to stop motorists and get into their vehicles. Well wait, what do you mean get into their vehicles, can they search the vehicle?

Remember, when a stopping officer approaches a vehicle that was stopped for a traffic citation, like not wearing a seat belt, the officer will request that the driver provide their driver’s license, registration and insurance information. In order to give the officer the requested information, the driver must turn down the window or open the door of the vehicle to comply with the officer’s request. Given that Palm Beach County judges will always take the word of an officer over that of a citizen, the officer will write in their report that they smelled marijuana emanating from the vehicle and thus the officer was within their Constitutional Rights to do an inventory search of the vehicle. But is this the law?

The analysis begins, as it should with every case, by addressing the reasonableness of a warrantless search with the basic rule that “searches conducted outside the judicial process, without prior approval by judge or magistrate, are per se unreasonable under the Fourth Amendment—subject only to a few specifically established and well-delineated exceptions that usually only deal with officer safety and preservation of evidence. Furthermore, if the officer has the driver out of the vehicle what is the danger to the officer and how can evidence be destroyed when no one is occupying the vehicle? Both answers are in the negative and thus, the officer DOES NOT have a right to search the automobile.

The US Supreme Court has reasoned that lower courts, like Palm Beach County trial courts, seem to treat the ability to search a vehicle incidental to the arrest of a recent occupant as a police entitlement rather than as an exception. Unfortunately, the exception that has been carved out in Palm Beach County for why officers have a right to search vehicles is that they subjectively smell burning marijuana. So if you are stopped for a seat belt violation and then the officer says “I smell marijuana” what should you do?

So now that you know the real reason why black motorists get pulled over more than white motorists in Palm Beach County, it is time to act. If you or a loved one has been stopped and issued a notice to appear or have been arrested it behooves you to contact experienced Palm Beach criminal defense attorney Andrew D. Stine has been representing motorists stopped for crimes for well over a decade. Hire Stine or Do the Time! Call (561) 800-0160